well my first 2 weeks of camp have come and gone and they have been utterly amazing. thats all I have to say.
I have really felt the devil trying to attack me this past day as I have been home but God has given me strength.
Jesus has been at work, and the devil doesnt like it.
pray hard for these next weeks.
Posted by Chad at 11:36 p.m. 1 comment: 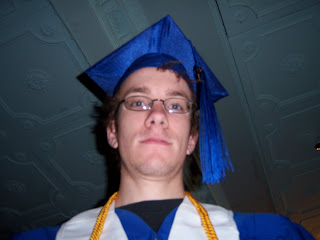 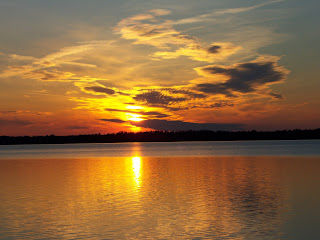 proof that i graduated, sunset, jeremiah taking a quick pose at in the bog, birds that we cant quite figure out what are(my guess was storks


camp is a couple days away and i want some prayer for it, i am feeling a few injuries at the moment the other day i was playing tennis with my brother and there was a hole in the court so they had a mat over it to cover, well my brother made a drop shot so i quickly ran forward not thinking anything of the mat and i rolled my ankle on it, and my knee has been acting up a little too i sprained my acl like 5 months ago snowboarding and its never been the same

second, i am not a morning person, i need my sleep, staff meetings are pretty early for me, so pray that i wont be tired at camp

also pray that the camp will get the staff they need, so that we arent running around like chickens with our heads cut off.

-chad ps. this will probably be my last post for a while as i am at camp for almost a month staright 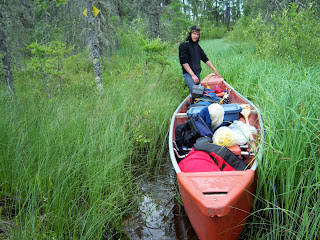 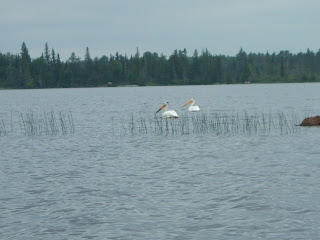 I have like a million things I want to talk about but not alot of time.. haha so everythings going to be pretty short... i might expand on a few things later, but you know my blogging habits that might not ever happen

First off I graduated last thursday, which was awesome. then had my grad dinner that evening which was pretty fun too, sophia was my escort.

Then on friday me and jeremiah left for a canoe trip to war eagle lake which was amazing, it was just me and jeremiah, and ill tell you now I dont think I could have survived 5 days straight with anyone else haha. this trip had 2 km of portage probably about .5 km of portage through bog where we were up to our waists in nasty creek water, and went though 4 lakes. god was amazing, keeping us safe, giving us good weather when we prayed for it. the last night it was raining pretty hard, so pretty much whenever either me or jeremiah would wake up we would pray for good weather and guess what, when we woke up it never rained all day even though it looked like it should have been.

On sunday I leave for camp for 4 weeks, which I'm kinda scared for, oddly, I keep on praying for the camp, praying that we will not only get enough staff but get the right staff, so that we can show those kids who Jesus is with effectiveness. You know sometimes I bash short term missions, as I feel they arent effective unless there is a solid foundation built. and I pray that camp wont just be something these kids go to, but something that lives with them forever.

I just finished reading light force which in my opinion was a amazing read, its a book by Brother Andrew about the middle east.

as for what i said in my last post about God showing his power here are a few recent experiences in my life
I got some unexpected monetary support for camp which will nicely cover the cost of gas to get out there and back a few times
The power of prayer has just been so evident for me, one thing being the way he stopped the rain on our way home from canoing
how i have been offered jobs for the fall without even really searching for them
so much more...